A token is required to proceed

With a token, all your predictions will be associated it allowing you to visualize the past results later.

Do you want to generate a new token?

In case you already have one, fill out in the "current token" field and click on the "Fix" button.

You did not select a tool. The submission will continue using the DisoMine tool.

Please wait while processing your request, AgMata has a longer processing time than other tools. The results will be shown in a moment...

Please wait while processing your request. The results will be shown in a moment...

We're unable to fulfill your request 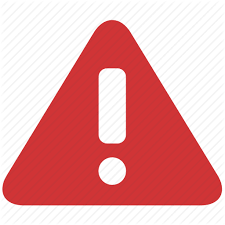 We apologize for this inconvenient, unfortunately it seems something went wrong. Please try again in a moment

Download the predictions in JSON or CSV format, and visit the API results with the above buttons.

You can select the protein you want to display on the right. Toggle predictions on and off by clicking on their name underneath the plot.

The selection below enables you to pick the protein you want to display in the plot below. The protein identifiers are taken from the FASTA file that you submitted, and cannot be changed here. In example below, we have include proteins that form TIM barrels, in relation to an article describing A Comparative Thermostability Structural Analysis of Ten Different TIM Structures. We also added the sTIM-11 protein, which was designed de novo by the Baker group and folds as a TIM barrel, and the OctaV1 protein, which was also designed to fold as a TIM barrel, but in fact folds differently, even though its secondary structure elements are generally in the intended (TIM barrel) positions. The multiple sequence alignment we are using was generated with the PROMALS3D server based on the 11 TIM barrel structures, with OctaV1 added based on the location of its secondary structure elements.

The plot below displays the predictions (y-axis) in relation to the protein sequence for the selected protein (x-axis). By default, the first 200 residues of the sequence are displayed. You can modify the range of residues displayed by either changing the numbers in the boxes below, or by changing the slider. The plot will be automatically rescaled if you do so, note that this can take some time for longer sequences. When you run a specific predictor, for example DisoMine, only that data will initially be displayed, but all predictions that were executed to obtain the final one will be available - just click on their name below the plot to toggle individual predictions on and off. When you hover over the plot, it will display the amino acid residue that the cursor is currently on (x-axis), and the corresponding prediction values are listed next to their name at the bottom of the plot. The length of the displayed protein sequence is visible underneath the plot, and a brief explanation of the interpretation for the predictions is available by 'Click for explanation'.

The predictions reflect 'emerging' properties, so what the sequence is capable of, not necessarily what it will do in a particular context, for example when it adopts a specific fold.

If you turn off the 'sidechain', 'coil', and 'ppII' values, you will notice that the proteins we included all have low disoMine (disorder) values and dynaMine backbone values of generally above 0.8, in agreement with the fact that these are well-folded proteins. For the TIM barrel proteins, there are consistent peaks for beta sheet propensities, which tend to coincide with the early folding peaks, with helix propensities generally of similar maximum height as the beta sheet. Displaying the designed sTIM-11 protein evidences the subunit repeats, as groups of signals are repeated 4 times, with some differences because of the fine-tuning of their final design. This protein is shorter, but the overall pattern of the signals is similar to the natural TIM barrel proteins. However, the OctaV1 protein, despite being designed based on a TIM barrel structure template, shows a quite different pattern, with much higher helix propensities in relation to beta sheet and early folding peaks corresponding to the regions with high helical propensity. This indicates that its 'emergent' behavior, or what the OctaV1 sequence is capable of doing based on local amino acid interactions, is quite different from TIM barrel proteins. In other words, the local interactions between amino acids in the OctaV1 sequence seem to determine a different overall behavior, which might especially influence the secondary structures that are formed first when folding, and so change the fold it finally obtains. The MSA part of the tutorial better illustrates this from on a structure-based MSA of these proteins.