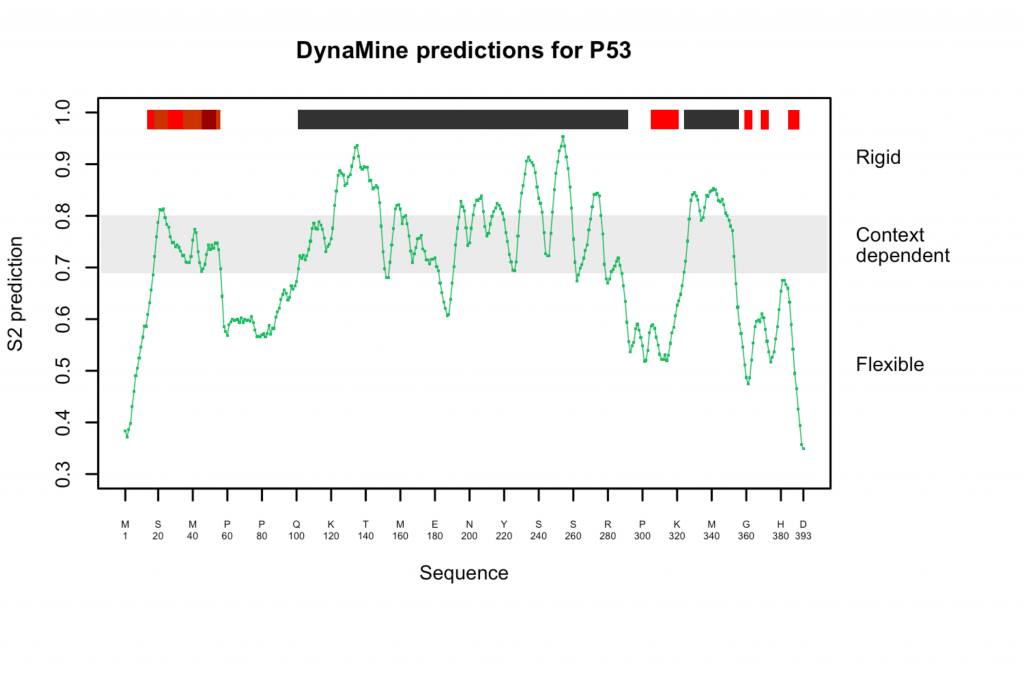 Figure 1. prediction for human P53 (Uniprot ID: P04637) as available from the web server with added annotation based on the UniProtKB1. The locations of the two well-folded domains (the DNA-binding and the tetramerization domains) are marked by dark-grey bars, while the known interaction sites of different types are indicated by bars in different shades of red. 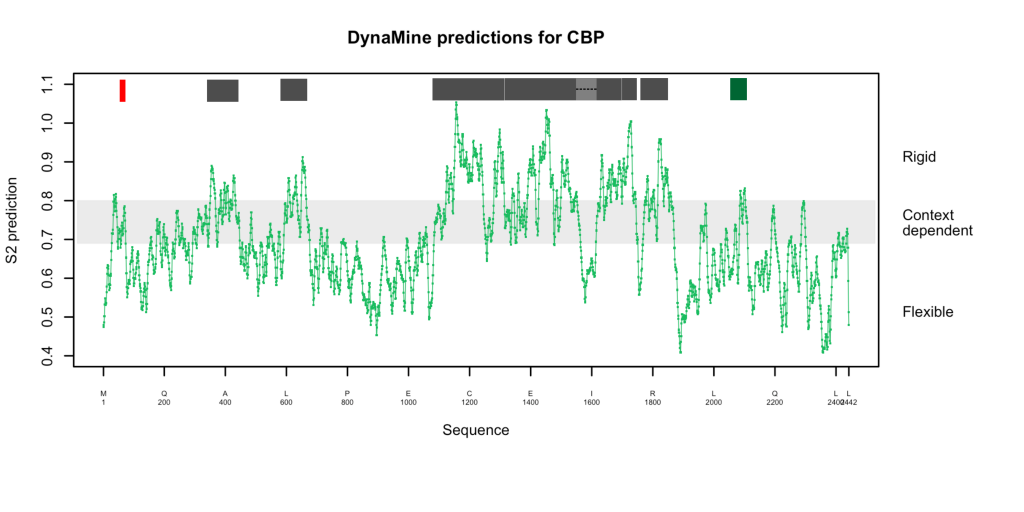 Figure 2. prediction for the human CREB-binding protein, CBP (UniProt ID: Q92793). CBP is a large, multi-domain transcriptional coactivator. The locations of the well-folded domains (adopted from [2]) are indicated by dark-grey bars on the top, with the region corresponding to a large, flexible loop in the HAT domain colored lighter grey. The only molten globule, NCBD is depicted by a dark-green bar, while the N-terminal NRID interaction motif is shown in red. 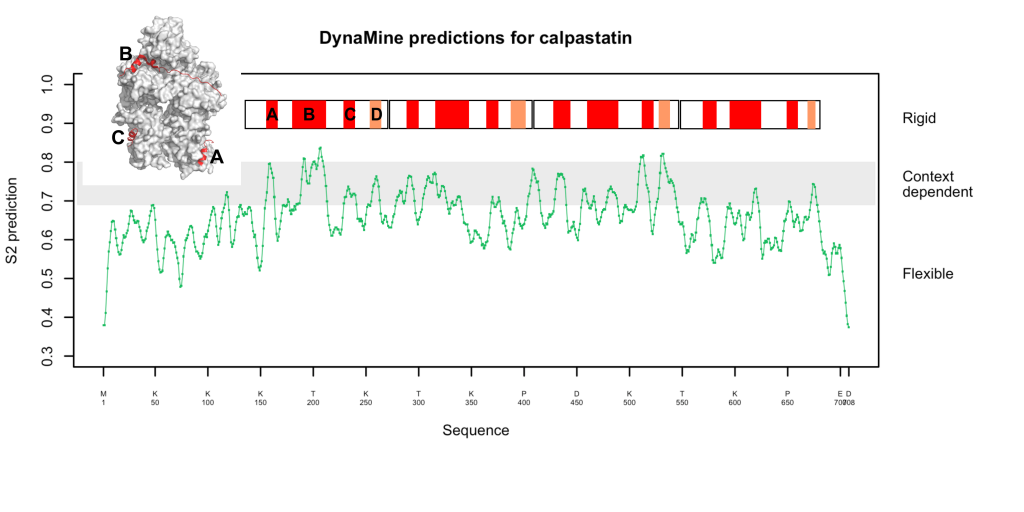 Figure 3. prediction for human calpastatin (UniProt ID: P20810), the inhibitor of calpain. Calpastatin is composed of an N-teminal, functionally uncharacterized region and four tandem disordered domains (white bars on the top), each of them capable to bind one calpain molecule. Within one such domain there are three regions that fold up on the surface of calpain, A, B and C (the corresponding regions are indicated by red bars and the structure of the complex (PDB: 3DF03) is shown in the top left corner). The D regions are similarly conserved as the A, B and C regions, but they have not been shown to bind calpain so far4. 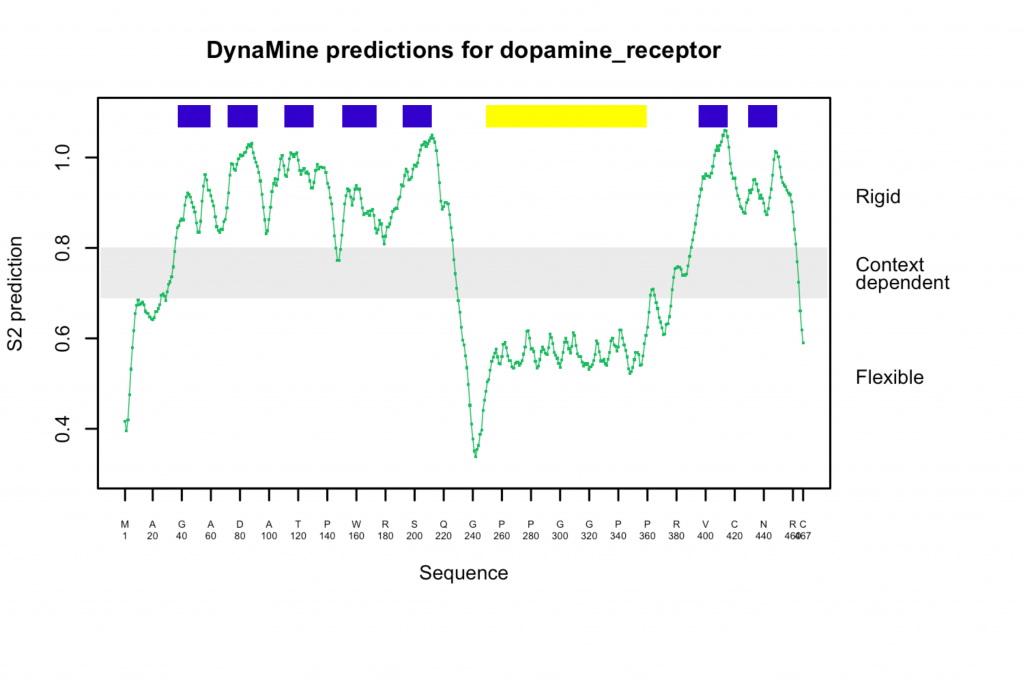 Figure 4. prediction for the human D(4) dopamine receptor, DRD4. DRD4 (UniProt ID: P21917) is a multi-pass membrane protein belonging to the G-protein coupled receptor 1 family. The UniProt-annotated transmembrane regions are marked by blue bars, while a 112 residues long repeat region (consisting of 7 tandem repeats of 16 residues) is indicated by a yellow bar above the prediction curve. This protein presents dynamics extremities, since its membrane regions are highly rigid, while its repeat region is largely flexible.

Figure 5. Example of the well-structured CtCBM11 protein (bmr18389, PDB 2lrp) which is not included in the DynaMine training set. The values in blue are experimental S2 values, as determined by NMR spin relaxation experiments, the DynaMine predictions are in red. Although the correlations are not good for high S2 values, there is a considerable agreement for lower values. There are several reasons for this: DynaMine predicts the statistical potential for a protein to adopt backbone dynamics, does not account for context dependence, and covers a timescale from femto up to micro- and possible low milliseconds. The actual S2 values are recorded for the protein in a particular (local) context and cover only fast (femto- to nanosecond) dynamics. For interpretation, the points with predicted values above 0.8 are highly likely to be rigid, the points below 0.69 are highly likely to be flexible, whereas points in the intermediate zone have context-dependent dynamics. In this globular protein they are also generally high; in the absence of highly structured regions in the protein those areas would more likely be flexible. 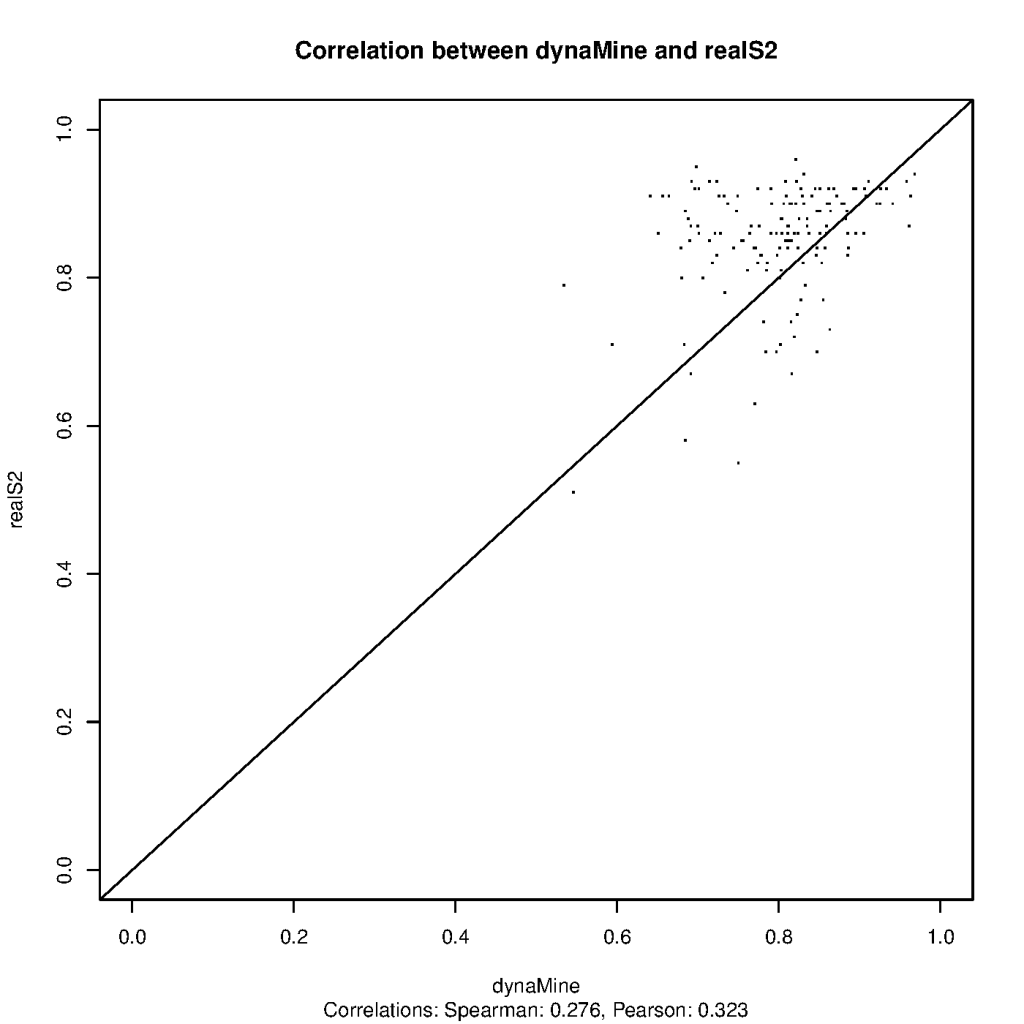 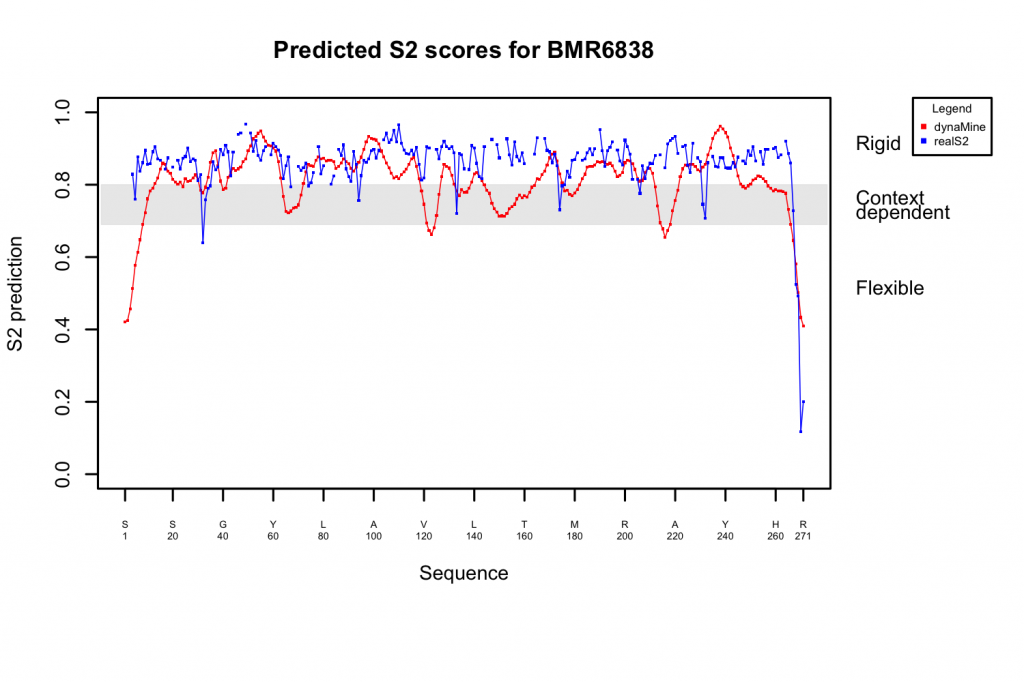 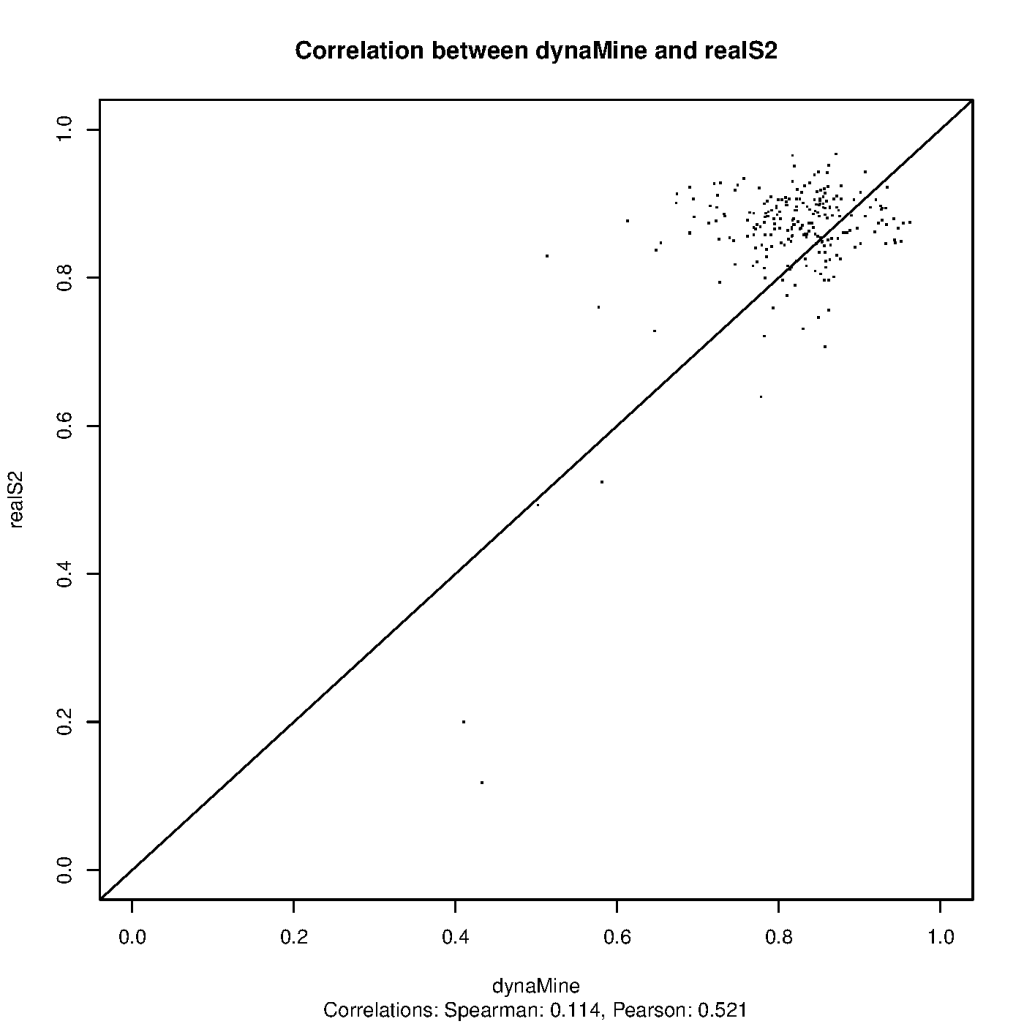